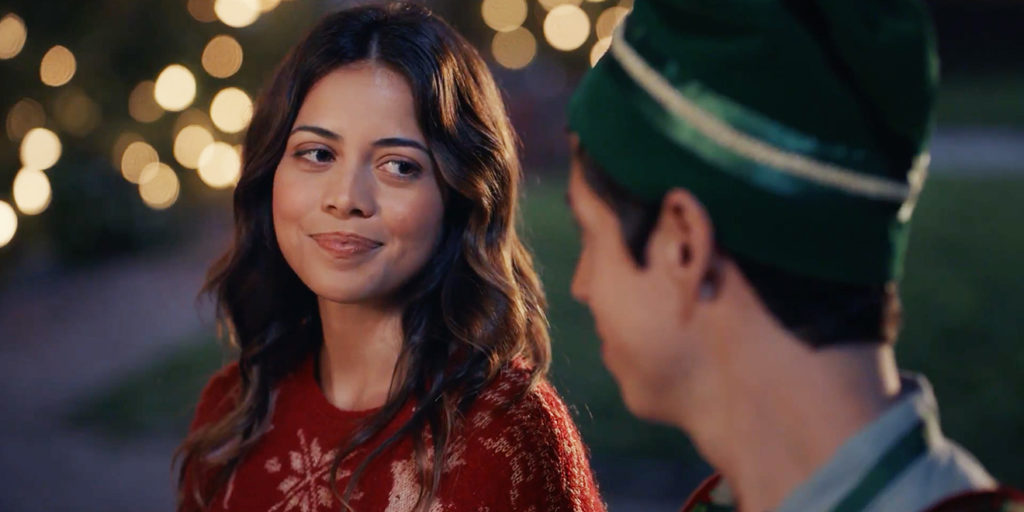 A modern twist on a classic tale

It’s the holidays. You’re probably overworked and lonely. There you are, telling some cutie you’ve got a Christmas tree that’s, like, 30 feet tall. Is she biting the bait? She’s biting the bait. She will want a pic of that later.

Oh, no! Wherever will you find a Christmas tree that’s 30 feet tall?

Even fictional people have real-world problems. This is the quandary faced by Scott, a mall elf who, for perhaps perfectly good reasons, likes to exaggerate the size of things he has to women. But unlike most guys who do that, Scott scores some enchanted assistance from Santa, who needs help of his own—saving Christmas, of course.

Pereira & O’Dell’s “A Magic Thank You” sees the unlikely pair embark on the equivalent of a bro comedy, complete with Instagram Stories, wacky rooftop hijinks and ridesharing.

(The sleigh broke down. It happens.)

The piece was directed by Theodore Melfi, who last gave us Hidden Figures. But unlike most holiday ads—or Melfi’s award-slaying cinematic coup—”A Magic Thank You” doesn’t bother aiming for your heartstrings; too many things are doing that already.

Despite its length (over three minutes!), the film’s a surprisingly snackable piece of self-deprecating modernity meeting The Polar Express.

Steve’s a dork whose merits don’t really matter; he’d fit just as easily into the cast of The Office as he would in a post-social media toy factory. Santa’s a cool dude who probably doesn’t have many friends—leadership will do that to you—who sees vestiges of himself in Steve’s efforts to win over a woman who threw him a gauntlet. (We actually don’t think she did; she was probably just being polite. But OK, the current world is fraught with gender miscommunication.)

Pereira & O’Dell has had a lot of practice making online video. It knows both its audience and its client. For these reasons, the ad’s real focus is on two things—crafty inclusion of social media and ridesharing, giving an old story a modern twist; and Coca-Cola’s special-edition Christmas packaging, which is thank-you themed.

(So if you spent your holiday budget on yourself, at least you’ll have something to stuff a stocking with.)

“The biggest challenge marketers face in today’s on-demand world is finding stories that will be worth the money they invest and also the time consumers will spend,” says chief creative officer P.J. Pereira of Pereira & O’Dell. “This story was done with the marketing discipline only Coca-Cola can use and the storytelling sensibility of one of our best filmmakers to make sure it works well for everyone.”

No one should be surprised at how the film ends. In exchange for teaching Santa how to rideshare and helping him distribute gifts on Christmas, Steve returns home to find a 30-foot tree sitting on his lawn, surrounded by dumbstruck observers—including Kaylie, the object of his interest. “You weren’t kidding,” she breathes, and shows him how she knew: Santa posted a selfie, of course.

They touch hands gingerly, like adolescents now wed by emotions too overwhelming for their tiny, trembling bodies to deny. (3,000 Likes on that pic!)

“Santa, it turns out I owe you a Coke,” Steve goofily concludes.

“Getting the chance to work on this campaign was a joy and a chance to remind myself what makes Christmas so special—sharing kindness, love, and the spirit of goodwill with everyone we come in contact with,” director Melfi adds. “And Coke is the perfect way to express the feeling of Christmas.”

Coca-Cola’s always been a ham for a good yarn, and it’s got a history of tapping prominent filmmakers around the holiday season. In 2013, Ridley Scott produced a John Stevenson-directed piece that reintroduced the brand’s polar bears, wandering the tundra while weathering family drama. (Too bad they didn’t have “thank you” bottles back then. What’s more curative than gratitude you can drink?)

“A Magic Thank You” will run globally in cinemas, on digital and on social. Facebook will also feature interactive video masks that let you pose as Santa or a polar bear, making Coca-Cola one of the first global brands to work directly with the platform to launch branded effects. 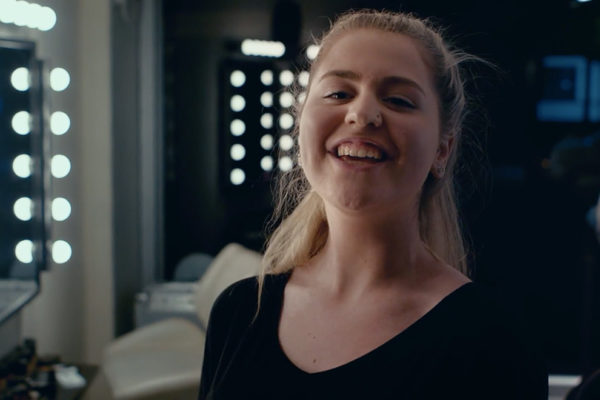 This Irish Anti-Smoking Ad Is So Good, It’s Now Running in New York